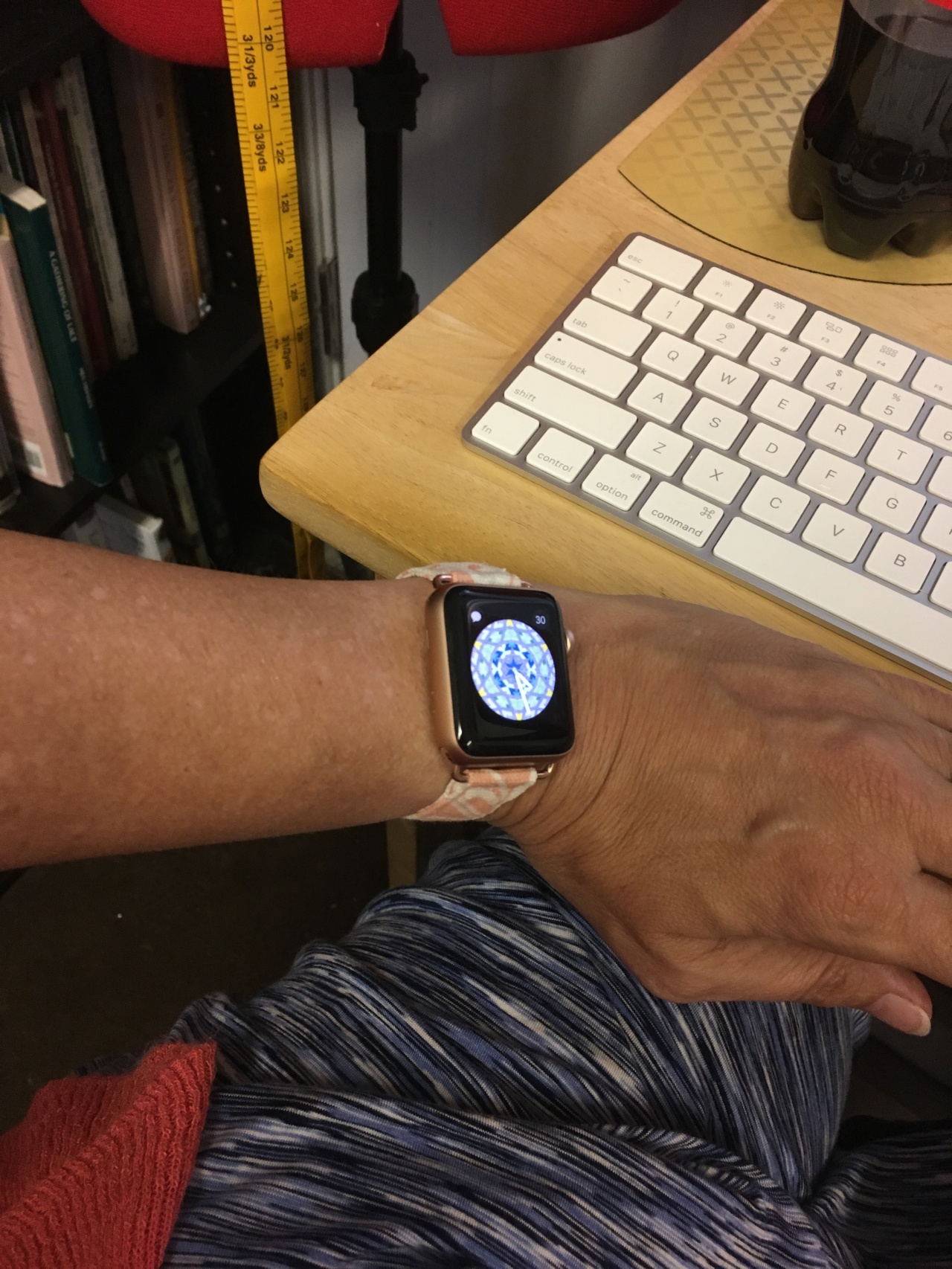 Over a year ago, Scott gave me his Apple watch, as he was upgrading to the new version at the time.  I did not think I would use it, but as time passed, I found it to be a fantastic and useful gadget.  The newest Apple watches have just recently been released and so we decided to get a new one for me in the smaller size.  I am thrilled with the watch, but not so much the band.  I picked the best of the worst (most affordable) bands that Apple offered.  The one I wanted from Apple was $329…HAHAHA.  I knew I had seen the connectors on Amazon and other places that would allow me to make my own watch band and so that is what I did.  I am thrilled with the result.  This first one is a smidge too narrow and long, but now that I can purchase the connectors and I know they work, I can make as many bands in as many different styles I want.  Fabric, leather, beads, the sky’s the limit.  Whoo Hoo!

One thought on “A New Watch”