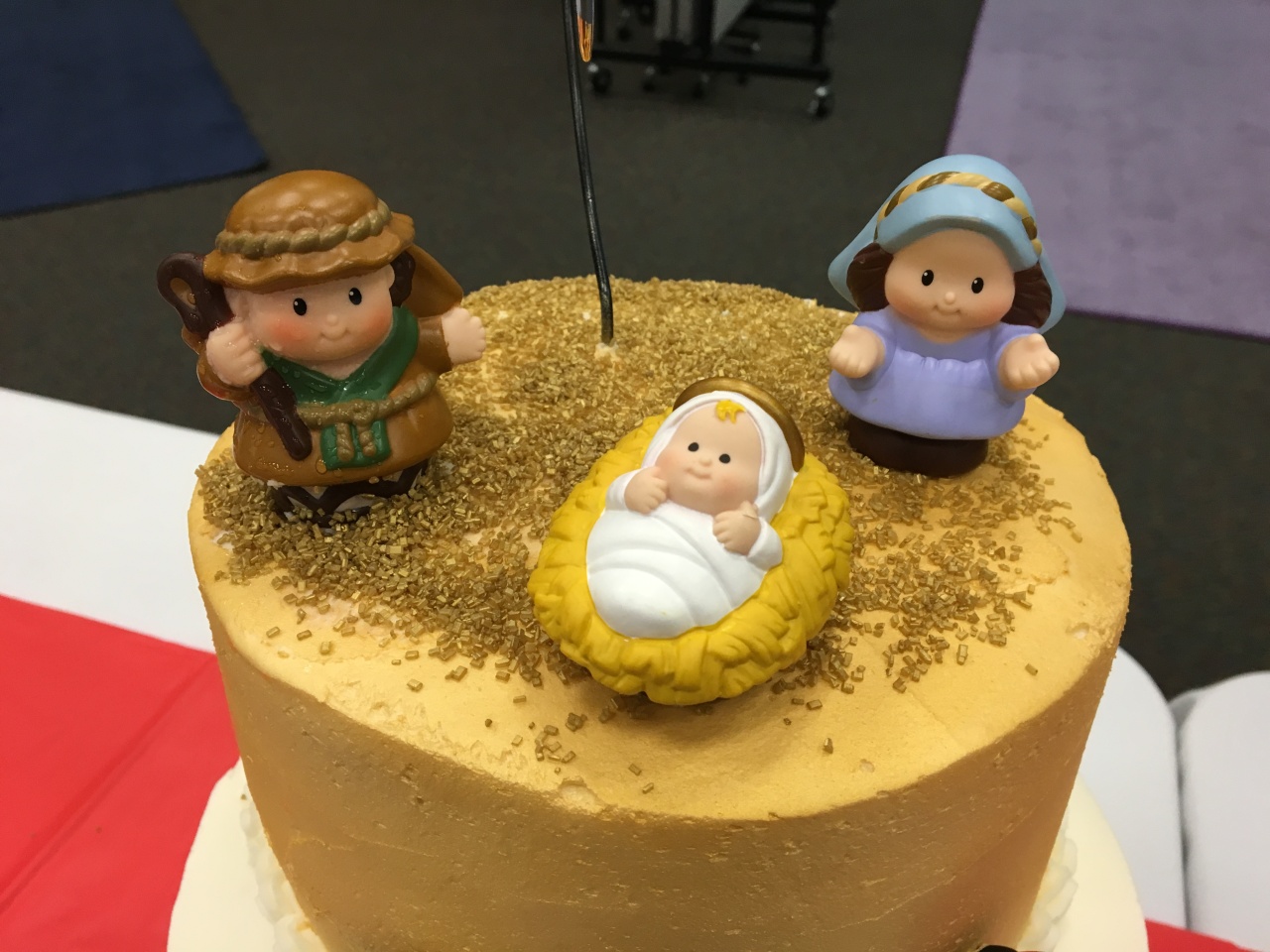 There are too many things to share with you in one post, so I will begin (in this post) by sharing some Christmas 2015 photos and details of our holiday time on the farm.  First up, a family photo.  Yes, we are in our jammies.  Weren’t you during the holidays?  This is our little family for 2015: Scott (holding Eliot (orange) and Emerson (grey) and me (holding Ebenezer).  That is about as close as she ever wants to be to the cats.  She ignores them for the most part, until they want to sleep in the bed she currently occupies.  Then it is free for all. 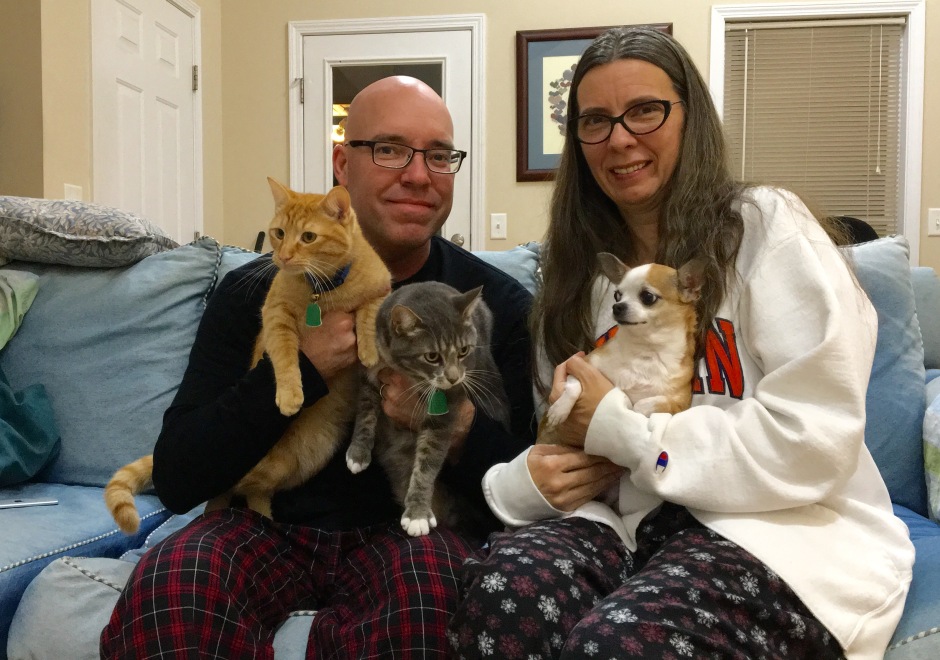 Scott had some kind of bug the day before Christmas Eve and it developed into bronchitis.  He was pretty much laid out on the sofa with a fever, etc. for the entire week and a half of our holiday.  Other than that difficulty, we had a pretty nice and quiet time at home.  We exchanged gifts with Scott’s parents and also with each other.  Here I am with my fabulous new shirt my step-father sent me and my gaming gift cards that I received from my boss.  It is amazing when your boss knows (or cares) about you enough to give you a specific something that you really want, rather than a box of chocolates, etc.  I love my job! 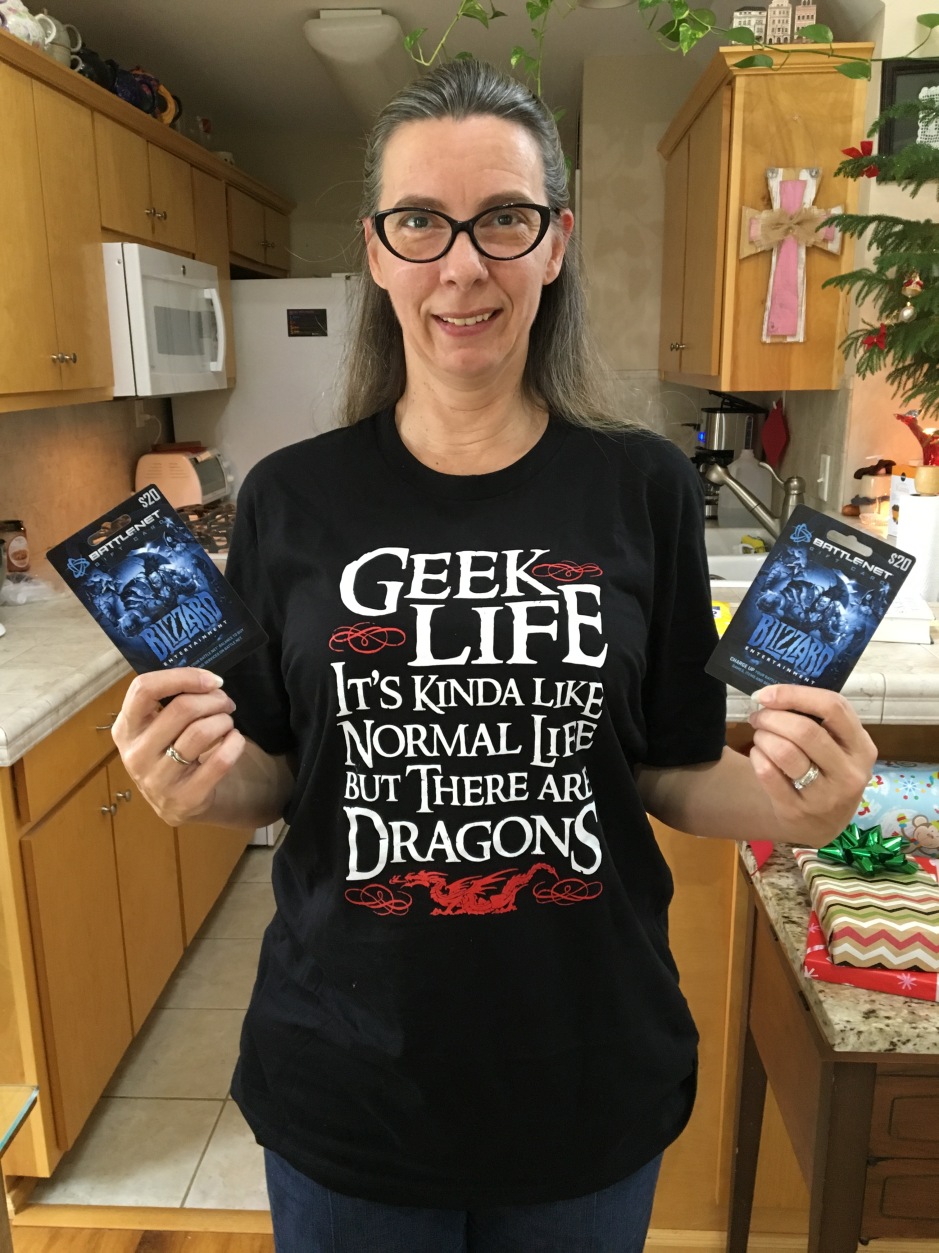 Remember when I posted about the new nephew, Cornelius?  I really think his nick name (whether he likes it or not) will be Corny.  So, to ease his journey and help him embrace this fact, I made him a special gift for Christmas.  I created a stuffed corn cob, complete with shuck and hair. 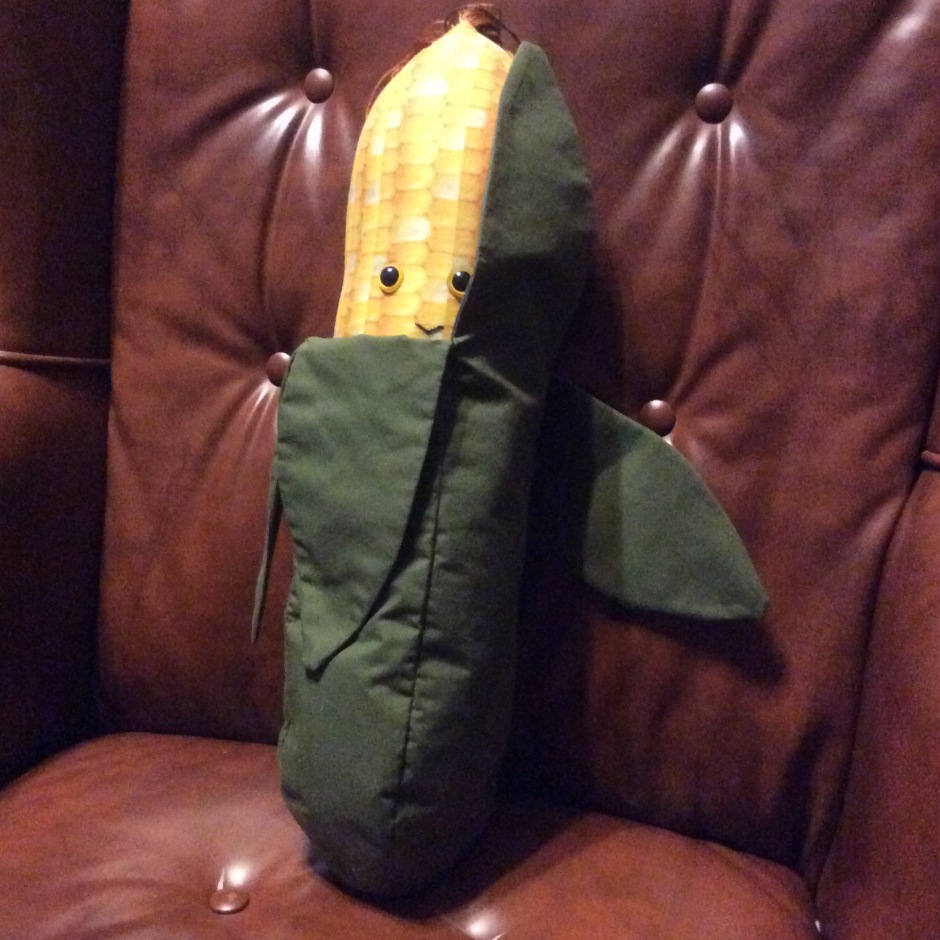 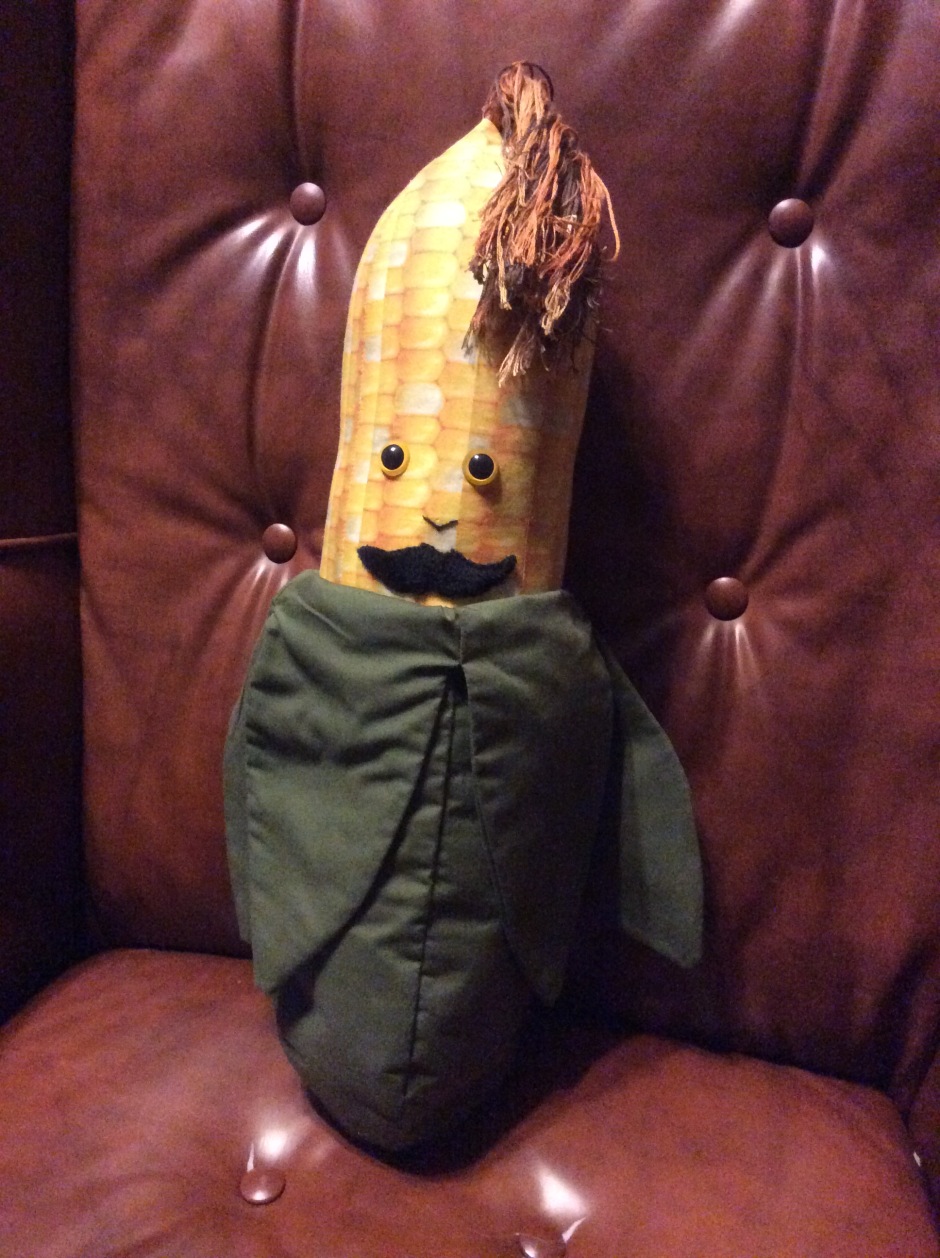 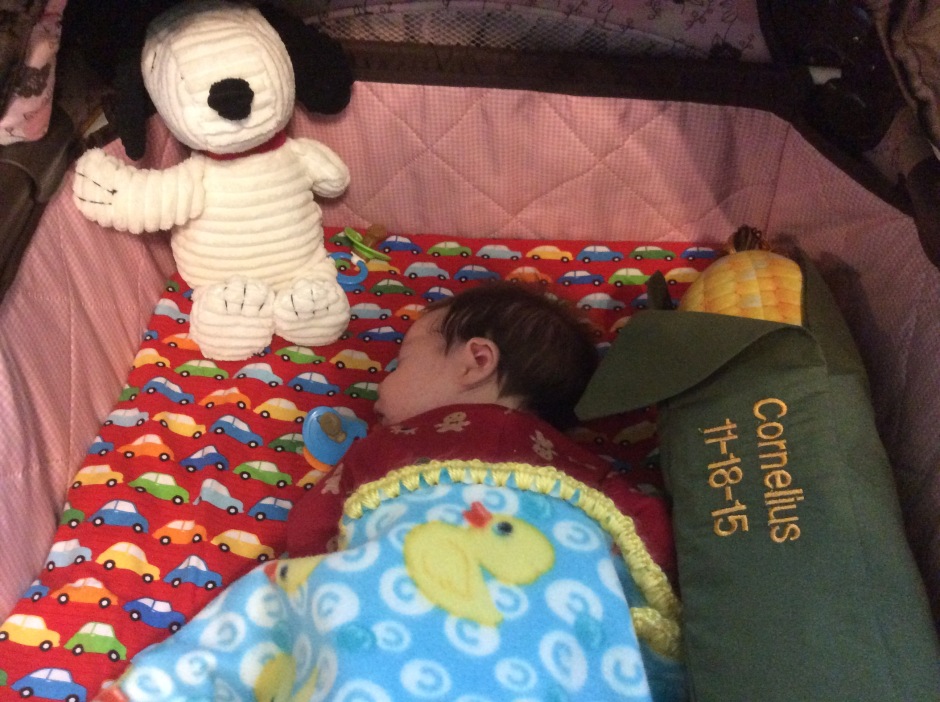 Luckily, his mother was thrilled, rather than horrified.  She even said that he would take it to college with him.  That was my intention, we will see if it lasts that long…

Finally, I was asked to make a cake for Jesus’ birthday for our church kids service.  They had a “party” for Him on Sunday for Christmas complete with hats and noisemakers.  Here is the cake that I presented. 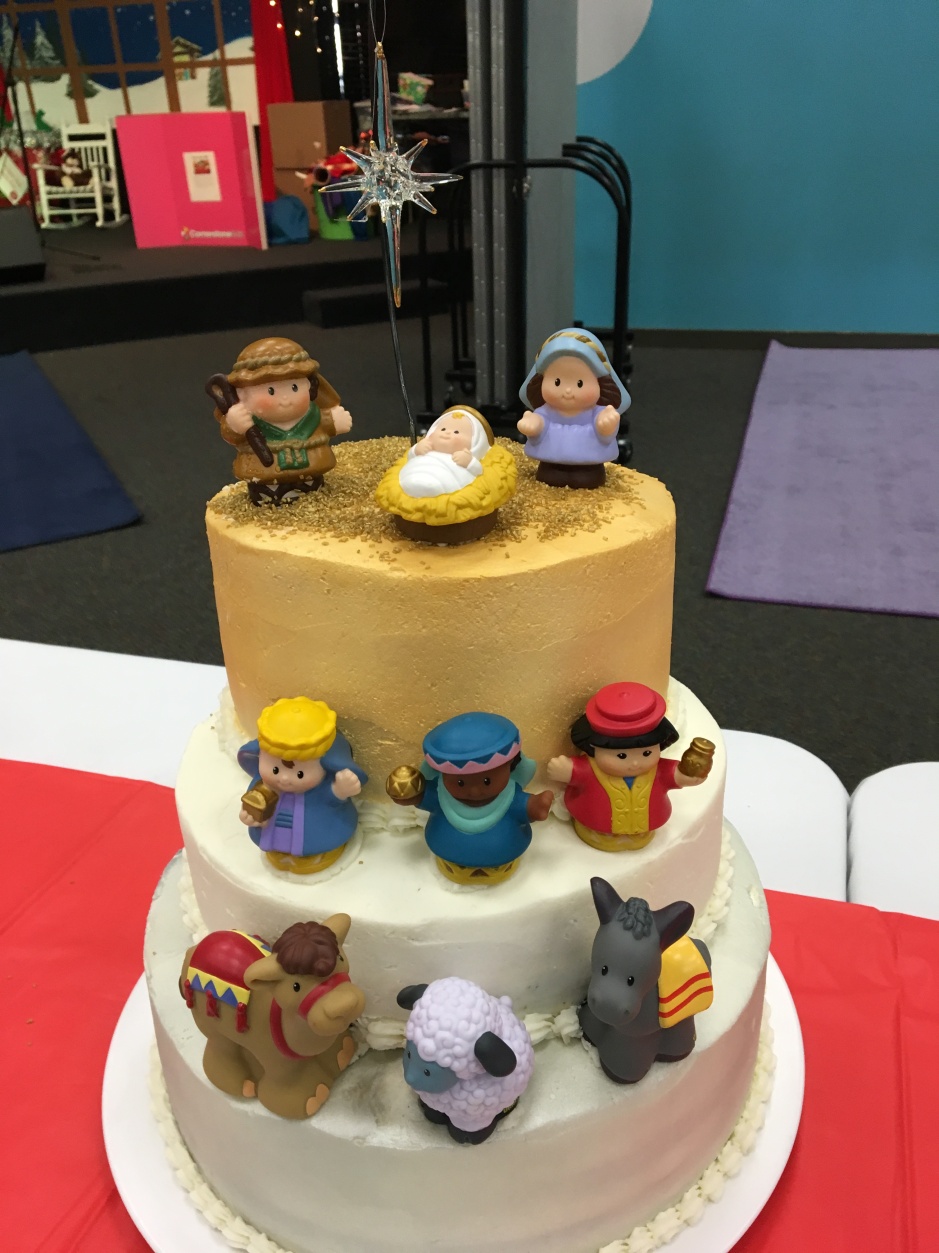 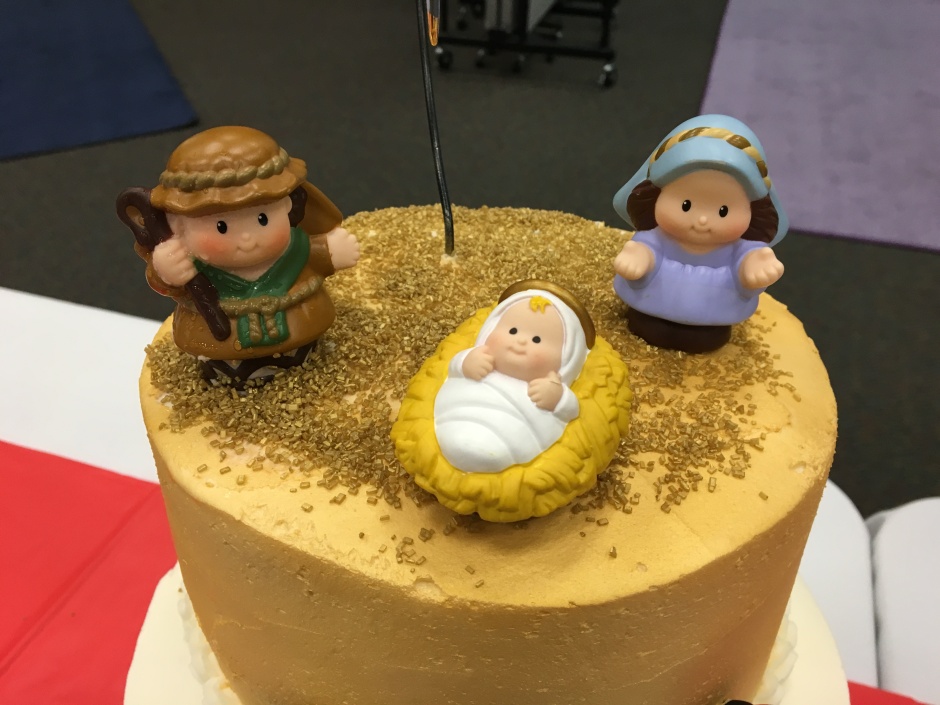 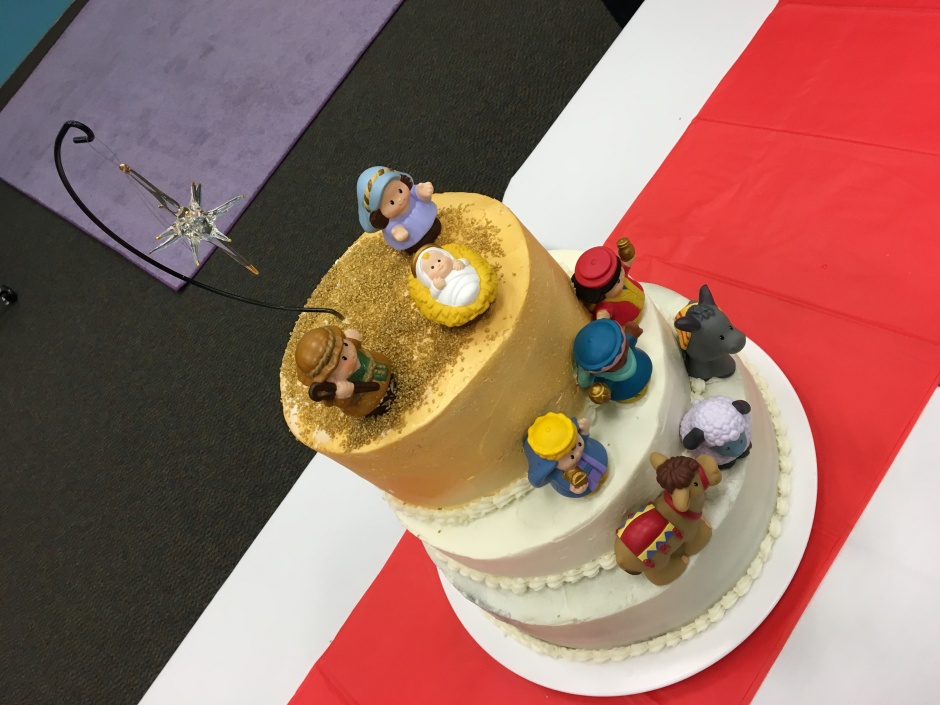 It was a hit and the best part was that the kids were served cupcakes and the cake was eaten by the staff at the staff Christmas party later that evening.  One of those rare times that I get to have a slice of my own creation.  Yum…

Next post…crafting done over the holidays.

4 thoughts on “A Brand New Year”