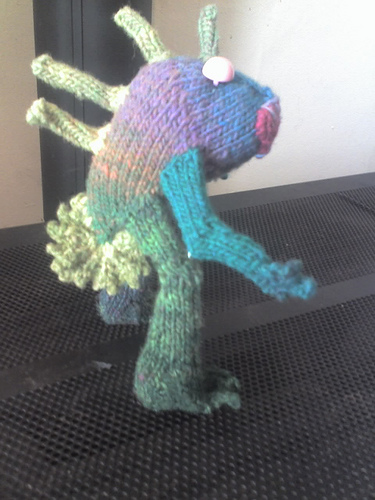 Some people read the news in the morning.  Some people jog.  Most of you probably don’t know this, but I play World of Warcraft.  This is my “morning constitutional” and it gives me a short break from the “real world” of chores and to dos.

For those who don’t know, it is a Massively Multiplayer Online Role Playing Game or MMORPG that my son and husband convinced me to try a few years ago.  I never played “video games” as a kid and never had any interest in any electronic game other than pong, PAC-man, and video poker.  That should tell you my age…  Anyway, they have both since moved on to doing other things and I have stayed on.  Funny how that happens.  I have several characters, called alts, and each one has different talents and play styles.  My main character is a short, male gnome warlock who kicks butt and takes names.  His name is Bombadil (J.R.R. Tolkien) and he is below. 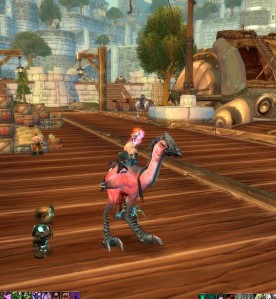 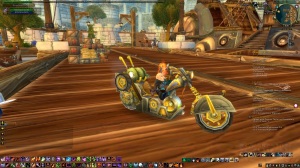 The game is fun for me because I like the achievement aspects of the game and am constantly fascinated by the ability of real life individuals to interact with other real life individuals from anywhere in the world, in real time.  At the moment, I don’t play with anyone on a set schedule, but occasionally I meet new people in the game who need help with completing a quest or gaining some type of achievement.  There is just something about meeting a total stranger, that you may have never interacted with in person, and working together with them to meet a goal.  Even if the goal is made up (how many of our daily “goals” are made up) and purely for entertainment, many times, you have to work together with people in the game to get that goal accomplished.

This week was a milestone for me in this game.  I have been working on an individual goal in the game called Loremaster.  Completing this achievement means that you have completed a high number of quests (3,423 quests total) in each continent of the game.  This achievement takes many months (in my case a couple of years) of questing and so, to me, it is so awesome to finally have this one under my belt.  Now I can move on to other achievements, like learning 200 cooking recipes, or catching specific fish.  Yes, the characters have cooking, fishing and first aid skills.  They also have professions.  Bombadil is a miner and a jewel crafter.

Oh yes, it is addicting…that is why I have limited my play to a certain time of day or with a certain achievement in mind.  Otherwise, I could see myself playing all day long…  Everything has a place and time.  So, whatever your morning constitutional is, I hope you enjoy it and it allows you to have a mini break, of sorts, from the “real” world.  If not, you are welcome to come and join me in my world for some fun and adventure.  See you in Azeroth.

In honor of my achievement, I have started knitting this little guy.

He is a murloc, one of the many creatures in the game who get a bad rap.  Killing these creatures is part of many quests.  They are actually quite cute and endearing.  So, this is going to be my pet Madeline the Murloc.

2 thoughts on “My Morning “Paper””