This week I present to you my rendition of Angels in the Snow, a tatting pattern by Miranda Rensberger, aka Tatting Fool. 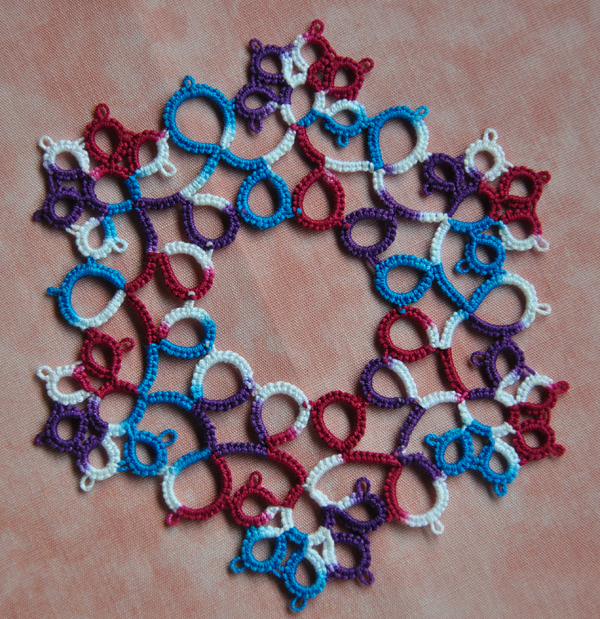 This pattern is very easy to follow and I completed it in under a week.  The thread is Lizbeth, but I don’t know the colourway.  The thread was sent to me in the mail as a sample spool from Barbara at Handy Hands Tatting.  I like the thread a lot, but am not too keen on this colourway.

This week we also attended our last Auburn basketball game of the season.  In many respects, I am glad that this season is in the books.  The team was less than stellar this year and even though I have come to expect that, albeit almost enjoy it for the lower turnout it produces, it would have been nice to see them win a few more games.  One of the highlights of the season was Scott finally winning the Chik-fil-a chicken strips giveaway.  He tried every game to text for the win and finally did it.  However, the thing I will probably remember the most about the games is the faithful devotion of Goggle Guy. 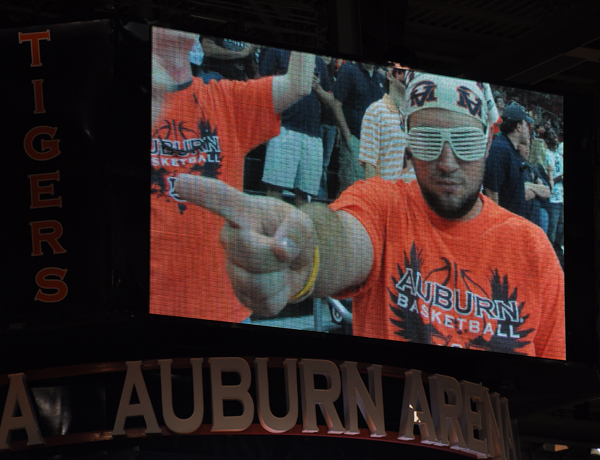 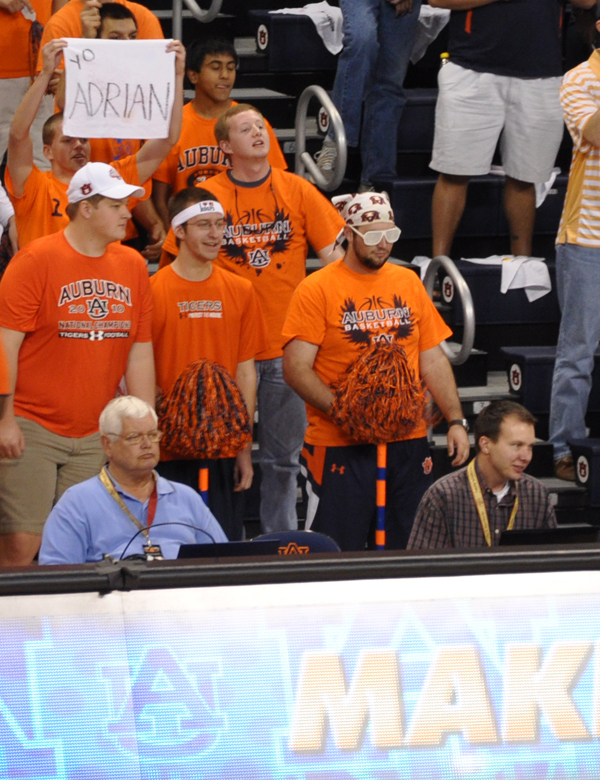 Yes, we dubbed him Goggle Guy early in the season and he made it to all the games, save one or two.  Always front and center with his goggles on and his awesome pompom ready for action, he was a sight to look forward to.  If you know him or see him next year, tell him there are folks in the scholarship section that look forward to seeing him support the team.  I’m no expert, but I truly believe if Auburn Basketball had more student fans like Goggle Guy they would probably be contenders for the SEC title.  The lack of student fervor for basketball at Auburn is pathetic.  The new arena deserves better.

Quote for the week:

Obstacles are those frightful things you see when you fail to focus on your goals. (Anonymous)